1
An association of professional engineers specializing in hardware and embedded software design, implementation, and testing.
EQWARE is our company's first contact for all embedded engineering.
[from Modern English: Embedded Quality]

Our principals worked together for years before EQware was created. Their history includes integrated circuit design and testing, extensive embedded firmware, sophisticated wireless protocols, and real-time systems development at a local NW company. Their experience is wide and deep. As the century came to an end, so did this NW company, but the principals moved on to work with various new technologies.

After a few years of contracting for others, Dennis decided to work for himself in January of 2003, as EQware Engineering. Over the next year, he worked as a consultant while continuing to learn the details of running a small business. In 2004, Dennis incorporated EQware Engineering, Inc. During 2005, long time associates Van and Jim joined the company. As owners, officers, and employees, these Three Amigos became the principals of EQware. In 2006, EQware hired a part-time office manager to handle bills and payroll, freeing the gang to devote themselves entirely to engineering projects.

From the beginning, EQware has developed strong relationships with many outstanding independent contractors. Almost every project included some of these associates, allowing EQware to tackle more and larger projects. Over the years, EQware has added to its internal staff with caution and selectivity. These include one long-time associate turned employee, and more recently a few college graduates, each from the top of their class. As a result, we have created an outstanding corporate dynamic, integrating mature, experienced engineers with fresh, cutting-edge tech talent.

EQware is made up of a tight team of engineers and a strong collaboration with some of the best contractors in the trade. All EQware engineers are able to work together as a unit as well as on their own. In working with EQware, you will quickly realize the talent, experience, and excitement each one of these engineers possess. 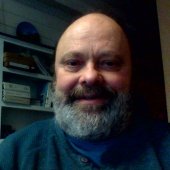 His career includes numerous embedded development programs, many requiring the special skills unique to small, low power, and wireless devices. Dennis has also been responsible for high-reliability modulation equipment and wireless test tools; he has even managed back-office systems development in support of new wireless technologies. Over the years, he has ventured into portable, low-power devices, multimedia technologies and many other wireless systems.

As a technical project leader, Dennis has long been the go-to guy when things "just had to be done". He has worked as project manager, program director, and vice-president of engineering. He knows what it takes to develop solutions, from requirements to manufacturing.

Dennis is a native Oregonian. He spent 10 years in the Air Force as a jet pilot, retiring as a Captain to pursue his love of electronics and software He is the father of three, and husband to his wife Bonnie. He enjoys all sorts of music and plays classical piano.

Jim has always lived in the Western US with his most formative years spent growing up in Idaho. He earned his BS in Computer Science from the College of Engineering at the University of Idaho in 1985. Prior to that, Jim developed common sense working on cars, and in restaurants and construction in Boise, Idaho. Jim is a family man, guitar player and an avid fly fisherman. 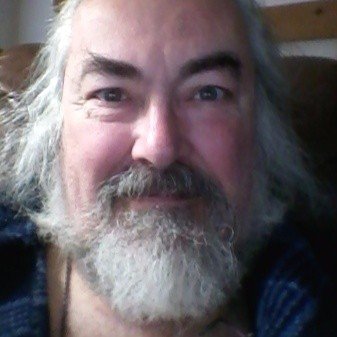 Van is a computer-language junkie, and has written programs in C, C++, Pascal, Basic, Lisp, Ada, Java, HTML, PHP, Javascript, AWK, a collection of scripting languages, PERL, threaded-interpretive languages (like Forth) and a long list of assembly languages, in addition to languages of his own design.

In former lives, Van has worked as a janitor, night-watchman, teletype operator, field-service technician, business graphics programmer and CAD applications programmer. His hobbies include digital art, photography, cooking, and Dungeons and Dragons. He is a native of the Pacific Northwest.